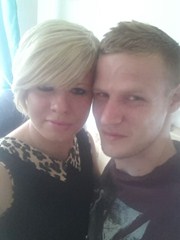 maybebaby2014
Aug 14, 2017 10:24AM in Breast & bottle feeding
hi is anyone using this milk having the same problems as me i make it up as it says on the tin but my lo wont drink it cold so heat it up till its luke warm and it goes thick and lumpy and wont flow through the medium flow teats i have to keep sucking the bottle myself to check she can get some (kinda defeats the object of sterilising and ewww it tastes gross lol). i will admit the sickness has halved if not better than that
claire and lola-mae xx
0