Breastfeeding in public: what do you think of this mum's stance?

We're wondering what you think about this mum's decision to publish this 'uncovered' pic of herself breastfeeding in public – and the message she wrote to explain why. 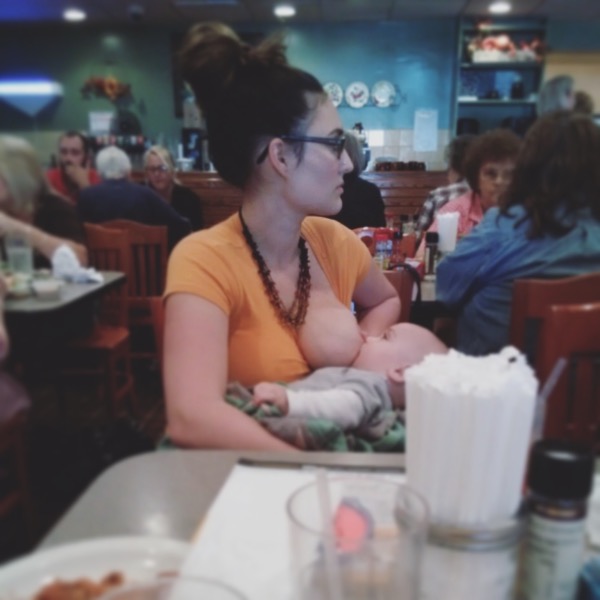 Ashleigh Kaidel calls herself a 'badass breastfeeding mama' and she says she posted the pic on Facebook after someone gave her a nasty look in a restaurant as she breastfed her son.

Here's what she wrote:

She says she hopes that her experience will keep other mothers from feeling embarrassed or wrong for feeding their baby:

But what do you think?

Do you admire her attitude and applaud her for her strong stance, even if you would maybe never go as 'uncovered' as her if you were breastfeeding in public?

Or do you think she's gone a bit too far? And, by deliberately not feeding discreetly, just given more ammunition to those who say they're so offended by the sight of us breastfeeding in public?

Please let us know what you think by adding a post to this thread. We'd love to hear your views on this one.