How hard will it be to get pregnant with one ovary and tube??..

Ali x
Oct 8, 2019 9:28PM in Conception & fertility problems
Hi guys 👋 I had a laparoscopy 25/09/19 to remove a cyst,they and to also remove my right ovary and tube as it was stuck along with the cyst.. that was almost 2 weeks ago I've been taking ovulation tests since Saturday me and my partner have slept together once on Saturday,I was wondering if I would of ovulated or not as the tests havent got as dark as the contol line and now they are getting lighter I have had the raw egg discharge but that doesn't necessarily mean I've ovulated I feel so down right now I have been waiting a long time to be a mum 😭 it's so hard.. the tests show Saturday night,Sunday morning and evening,Monday morning and evening and Tuesday morning and evening.. 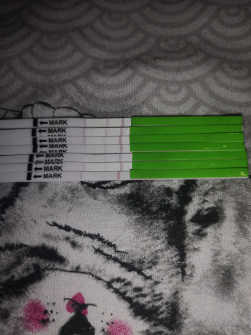