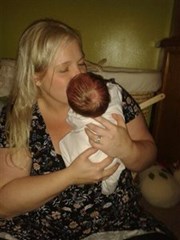 At 39+2 11th December 11.30am I was walking up the stairs at home & felt a trickle, I went in the shower & felt a little gush, got dressed & more kept gushing out little by little.  Rang DH & my mum, both said to ring hospital as sounds like waters.  Rang hospital, went & got checked out, confirmed it was my waters & booked in for an induction at 9am 12th December.

3pm I was laying on my mums settee getting period pains, headed home with plans to walk to start labour as I really did not want to be induced.  Got home pains were getting worse, starting to come in my back, was far too uncomfortable to go for a walk.

5pm laying on the settee I started to notice pains were coming quicker.  I put my tens machine on low to ease the pain & started to monitor pains on my phone contraction counter.  The pains were a constant every 3mins lasting 1min each. I was being sick constantly.

7pm I rang labour ward to let them know how quickly contractions were coming, they advised to ring back when pain was unbearable.  Continued to use tens machine, helped to ease pain & distract me.

9pm I went to the  toilet, had a massive gush of waters ... full of meconium.  Rang the labour ward they said sounds like my mucus plug, I didn't agree & said i'm coming in to get checked out.

11pm strapped to a bed with monitors, laying on my side as only way to monitor baby's heartbeat.  Pains coming stronger tens machine helping me through.

12-3am constant monitoring, clip put on baby's head to monitor baby better three times.  Blood taken from baby's head twice, 3 doctors trying to get blood from me all at once & putting a cannula in ... full of needle hole attempts and still being sick. Contractions getting stronger & every 2mins. Went onto gas & air at this point.  Anti sickness jab. I was 3cm dilated.

4am contractions on top of each other, 6cm dilated, tens machine still working wonders (it was like my safety blanket I would not have got through labour without it).  Diamorphine given to help me sleep the 30secs between contractions as body struggling to dilate & needed energy to push.

5am could feel my body starting to push, was too scared to tell midwife as I was petrified of pushing baby out & refused to be checked.  I just let my body do what it needed to do naturally.

6am midwife said she needed to check me as she could see me pushing .. fully dilated ready to push.

6.17am on my side, stirrup fell off DH had to hold my leg up, 6 pushes & midwife delivered baby with DH passing baby to me.  The pushing part, which I was most scared of turned out to be the easiest bit.

I was convinced I was having a boy ... DH said "look" & I could not believe it my beautiful baby girl Rosie Marie 7.4lb.

We had skin to skin then she fed for an hour.  We were left until 10.30am having time together before being moved to postnatal ward.

I would not say I enjoyed labour but I found it to be a positive experience, a feeling I can't really explain.  My midwife was amazing from start to finish.

If you made it this far here's a picture ... 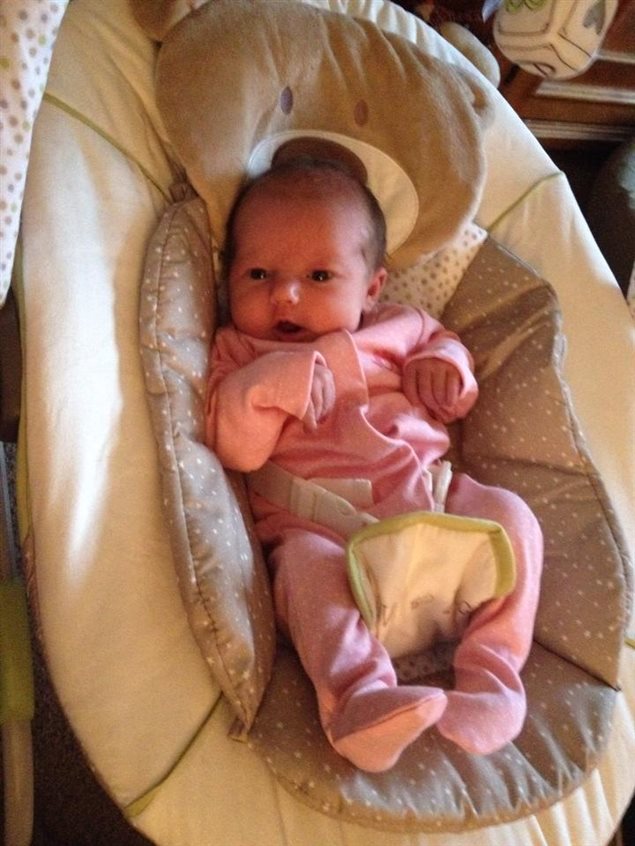