**Birth announcement and story - Barefoot (me)!** 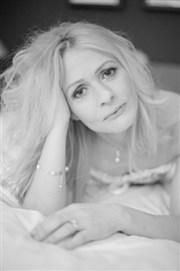 Barefootmumdrum
Aug 25, 2014 9:15PM in Labour & birth
Hi everyone,
Pleased to report that my little girl arrived yesterday at 14.46 weighing a lovely 7lb2. I had the home water birth I wanted, although not everything went to plan!
I had tightening 10 mins apart on Sunday night from about 7pm. Was convinced it was just BH. By 11pm they were 5 mins apart but pretty painless. Hubby said we should probably just give the midwives the heads up, although I was still sure it was BH not labour. I was told to get some rest through the night and see what happened. I had no sleep since tightening were 4-5 mins and uncomfortable, and baby was kicking me in between. Gave up at 3.30 and asked hubby to prepare the pool.

We called again at 6.30am and the night shift midwife came over, examined me, I was only 1cm but now had very uncomfortable contractions 4 mins apart lasting a minute. She said she didn't expect anything to happen for a while, but it was definitely labour and to expect my baby late that night or the next morning. She left at about 8am.

8.30am things suddenly changed. Massive increase in pain, unable to breathe through them, no real gap between. I am eternally grateful that it was then the day shift midwife called to see how I was, heard me crying in the background, and came over by 9ish. In about an hour I had gone from 1-4cm. I tried TENS which wasn't doing anything after an hour or so, so I was allowed in the pool and midwife called for backup and entonox. Second midwife arrived and by 11am I was 8cm (so much for 1cm an hour but explains my distress) and feeling no relief from entonox either. Sadly I completely lost it at this point, begging for it to be over, cursing that hypnobirthing was bollocks and honestly have never been through anything as bad ever. Started pushing about 1pm and finally at 14.46, she was born underwater as planned. Compared to her mother she was calm and unfazed by it all.

I needed stitches for a 2nd degree tear since I dilated so fast my skin had no time to adjust, lost a lot of blood, and after stitching I ended up fainting apparently due to blood loss, dehydration and low blood sugar (since I had had no gap between contractions since 8.30am I hadn't really been able to eat or drink). I was quite honestly expecting to be transferred to hospital, and wouldn't have complained since I felt so unwell. Luckily the midwives respected my birth plan and decided to leave me at home after staying with me until 6pm. Today they suspect I am anaemic since I am still faint and dizzy and they will do my bloods in a few days.

So, on paper, birth plan followed, home birth as planned, and she's perfect and healthy, although the full story is a little different!

Name tbc, either Eleri Georgina or Georgiana Eleri (currently the former on her notes but getting fed up of correcting everyone's pronunciation)