Is there a second line or not? Feeling crazy

Here's my story.. at 18 I was diagnosed with PCOS and when I was 19 I was pregnant and knew right away( literally like 2-3 weeks in) however the HCG wasn't showing up on a HPT which is common in my family and my Dr. at the time refused to give me an ultrasound or blood test even when I offered to pay out of pocket for it I had a miscarriage between 10and 12 weeks😢(that's what the ER says) I ended up with what's called phantom pregnancy for about two months after that so I was still feeling like I was pregnant and having cravings and mood swings which was TERRIBLE I don't wish that on my worst enemy! Then in 2012 on Valentine's Day I got a positive!!! But when I went for my blood test the dr said the numbers weren't right so they ruled it a chemical pregnancy now 2 months ago I had a faint positive after having a week of nausea I don't have medical until January so I waited a week and the line was not there and the nausea was gone so I assume that must also have been a chemical pregnancy in my opinion... now this morning I took a test because AF did not show this month which is common in PCOS but I've gotten her 5 of the past 6 months (the month I didn't is the month I think I had a chemical pregnancy) so I didn't see anything right away (by the time the test finished going across) and threw it out... this afternoon there I am changing the trash and what do I see? A Second line! So I retested again and waited the full 10 min and took a pic to show my BF the curse of the EVAP(evaporation line) and then I'm looking at the pic later and I almost feel like I see something 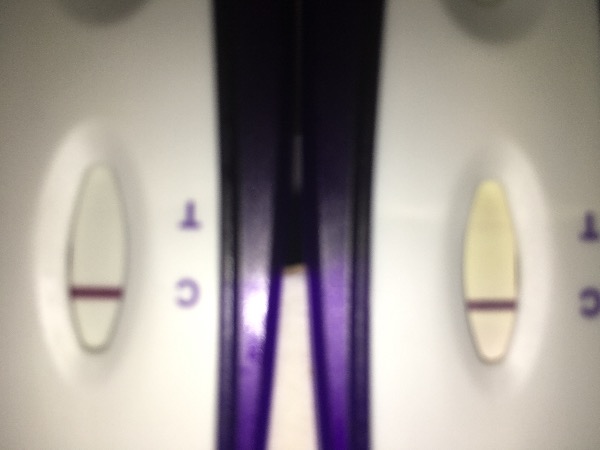 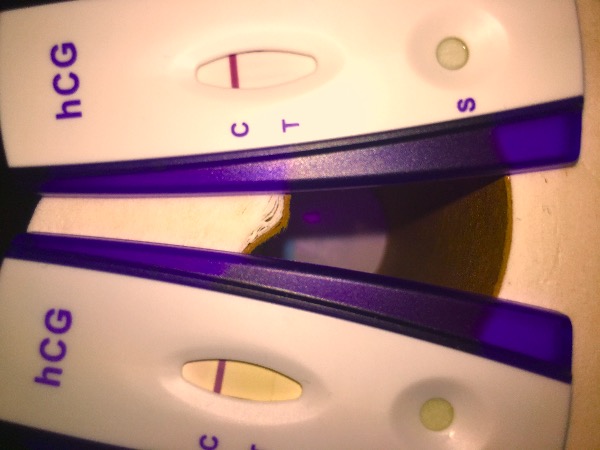 so I took another tonight ( compulsive, I know) and I can see the faintest line ever! (within the time frame) 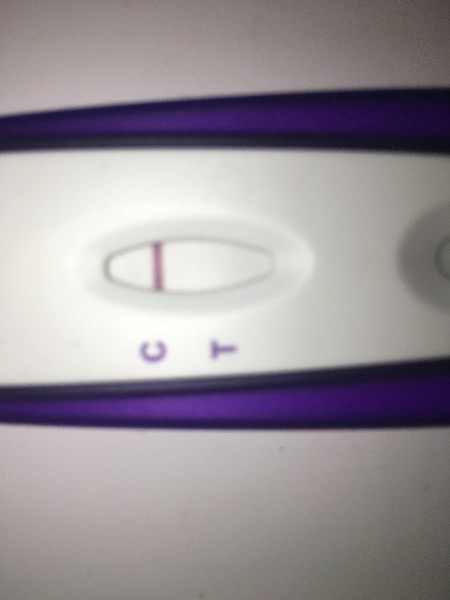 the line got darker as it dried 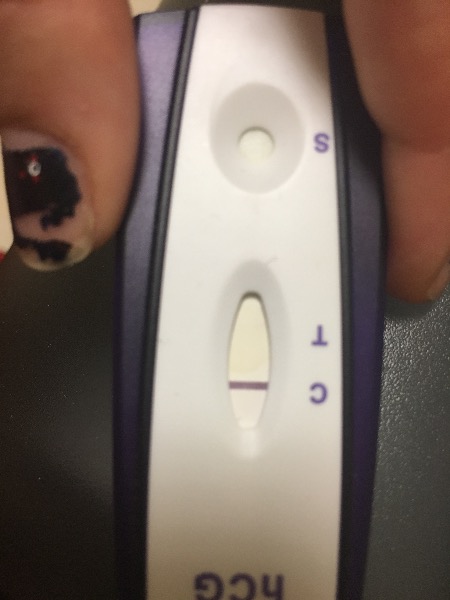 so I'm going to wait until my next overnight off... Tuesday and test Wednesday morning with FMU(First Morning Urine) I have been TTC for 7 years, just bought a house and am leaving for Disney the first week of January even though I wouldn't be able to go on any rides it would be the best Christmas present ever!