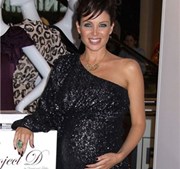 When my partner and I decided to start trying for a family we were niave in thinking it would be an easy process. You spend your whole life being told by your parents to be careful and not get pregnant, then the moment you start trying, you realise what a task it is (for some). We were luckier than most and fell pregnant after trying for 6 months but then around 10 weeks I started to bleed and a scan showed I'd had a missed miscarriage around 8 weeks. We were devastated and totally not prepared for anything that may go wrong. We tried to let nature take it's course but after 9 weeks of bleeding we decided to opt for an ERPC. We then decided to start again and fell pregnant straight away and were so lucky to give birth to our beautiful son who is now a year old. We always wanted to have a second and started trying again recently and were surprised to find that again we fell pregnant straight away. But this time there was no happy ending. We went for our 12 week scan so full of hope as I'd had no bleeding only to find that there was no heart beat and the baby had stopped growing around 10 weeks. We were devastated and totally not expecting this result again. After my last miscarriage carried on for so long, I opted for an ERPC straight away so we could put this behind us as quickly as possible. Only this time the op went wrong and my uterus was perforated and then my fallopian tube damaged. My uterine artery was also cut during the procedure but I've been told this won't affect anything. A repair was carried out on my fallopian tube but now there is a risk of ectopic pregnancy. No one can tell me whether I'll have trouble conceiving again but I feel so robbed and think that even if I do fall pregnant again, not only will I be worrying about a miscarriage but also an ectopic pregnancy. This has all happened very recently so it's difficult to see the positive side of things - such as my remaining working fallopian tube (assuming it is) and the fact that I have carried full term before. I know having my son is more than some can hope for but it doesn't make miscarriage or the thought of not being able to have another child any easier to deal with. I'd love to hear from anyone in a similar position and how you are dealing with it and whether you have any advice on how to increase my chances of having another baby. PS. because I've only had two miscarriages no tests have been carried out and it's purely been put down to a chromosome defect especially as I have had a baby inbetween.
0