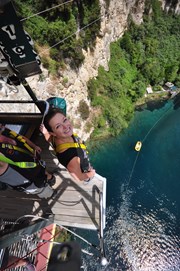 I had an early scan yesterday and it seems that baby has stopped developing at 8 weeks. The specialist that I'm seeing is being very difficult and told me I would have to see someone else because I asked the nurse to bloods for an ANA test, which came back positive. I understand that the test is unreliable when pregnant but after 3 prior mcs and now this one going the same way, I would have thought he would be a bit more concerned. I also have hypothyroidism and he has never thought to check my levels. Neither has he checked my HCG levels. He thinks that regular scans fix all and was even reluctant to give me aspirin. He thinks I need to trust him more despite the fact that he has done absolutely nothing to help me except be really patronising and give me regular scans. Now as he believes I went behind his back he is recommending that I see one of the other specialists in the department as clearly his ego was dented.

Now I have to see someone else but I'm worried that perhaps it's an NHS thing? I'm considering going private but am so woried about the cost. Has anyone else had problems with their consultants and have any advice?

So tired of this horrible, horrible, seemingly endless nightmare.