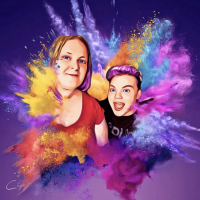 An hour after that I passed one single, very small clot.

With the tests, I was convinced I was about to have another miscarriage.
However, I now think that maybe I ovulated two eggs (as I did in 2009) one implanted and I potentially lost that one but ones only implanted last night - with the pink watery discharge (small and slight), sharp pain and the one single clot.

I can post photos if needed.
I just want advice as I’ve never had these symptoms with other pregnancies or miscarriages.

I am now 13DPO and AF was due yesterday.

I have never had AF or a MC start with a small pinky watery loss and an hour later the passing of one very small clot with NO other blood attached?!
0