Was anyone diagnosed later at 9 months? 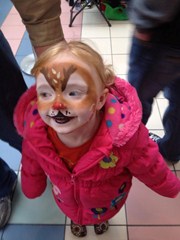 Rosapenny
Sep 1, 2010 4:36PM in Postnatal depression
My lo is 9 months and I felt a massive change in me when dd was about 6 months, I just hit this lo point and I didnt have it in me to go to the doctor, I was so afraid of them taking dd off me if I told them how I felt.
Anyway today I finally bit the bullet, I went in and told the doctor how I was feeling, I told her about Olivia's colic and relfux which is only starting to settle, that she had such an awful temper on her and as much as I loved her I really resented her, she thinks that part of it is linked to my under-active thyroid but she looked back over my notes and she asked me about my abnormal smear a few months ago and I told her I had a biopsy and had cells burned away and then she asked me about my episotomy and I told her I am still waiting on my date for my surgery for that to be sorted and she said you have dealt with all this and the baby she looked at my eyes and told me that I just looked completely worn down and that all these illnesses etc.. are from being exhausted and emotionally drained and she said she could completly understand, she wants me to come in for blood tests next week and then she wants to see me in 3-4 weeks after trying the tablets for a few weeks and she wants to double my thyroid medication and then she also wants me to speak to my HV who she is going to get to contact me, she thinks I need a little counselling.
I am so glad to finally say it aloud to someone other than my hubby!
Just wondering was anyone else diagnosed with PND this late on and how did you find it after you started treatment?
0