Things to know when you’re taking a home pregnancy test 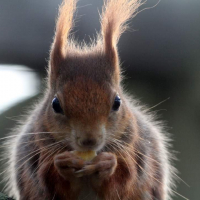 I know trying for a baby can be hard enough, so the last thing you need is confusion over pregnancy tests. That’s why I’ve put this guide together to help anyone testing – I really hope it helps.

When should I test?
Really, we should wait until we miss a period before testing, but early response tests mean loads of us are testing earlier and earlier.

Realistically, these tests won’t give an accurate result 6 days before a missed period as implantation can typically happen anywhere from 6 to 10 days past ovulation. So, the earliest you should test if you really can't help yourself is 10 days past ovulation but remember the longer you can hold off, the better.

What test should I use?
There are so many different tests available: internet cheapies (those skinny thin ones you can get from the pound shop) to pricey ones like Clear Blue and First Response.The most important thing to remember is that all tests have a different level of sensitivity.

If you’re testing early you need to choose a test which needs a lower level of the HCG hormones. First Response are one of the most sensitive ones, but internet cheapie tests are also said to need low levels.

If you are testing early, DON’T use a digital test. These tests need a higher level of hormone and are best used after you have missed a period.

Pink dye or blue dye?
Sometimes blue dye tests can give coloured evap lines or are hard to read, especially if you’re taking pics of them to ask for opinions – I think that’s why pink dye tests seem to be more popular.

Pink dye tests are also easier to read when testing early, however if you can only get a blue dye, don't worry - a true positive on those can be equally as clear to read.

Make sure you always read the instructions as they vary from test-to-test.
Some tests you hold while you are weeing in your urine stream, some you use by dipping them into a clean pot of your urine.
Using first morning urine is best as your urine is at its most concentrated.

If you use too much urine you can flood the test, too little and you could get an invalid result.

Always wait the time stated on the instructions before reading the results. Don’t read the test after the stated time - throw it away and test again the next morning.

Is it positive or negative?
Hopefully you’ll get a clear positive. If you can’t see a second visible line, it’s likely negative.

If you see what you think is a faint line and are posting photos for advice, use the photo exactly as you take it: you shouldn’t need to edit or add a filter to see a true positive.
If you’re not sure of the result, try and hold off at least 48 hours before retesting. I know it’s hard!

If you see two lines, does the second line have colour to it and is it the same thickness as the control line, cause that’s what you want.
If it has no colour, or has colour but is skinny and off centre it could be an evaporation line.

If you see two clearly coloured lines that are the same thickness congratulations you are pregnant!
And don’t worry if the second line looks a bit faint, esp if testing early. Remember: pregnancy hormone levels double approximately every 48 hours, however if you do choose to test again, the second line should get darker as levels progress.

I really hope this helps those of you testing, and good luck! And if you’ve got any questions please just ask me.

DanielleMFM
Feb 24, 2021 9:50AM
Tell Winalot all about your dog’s personality & what makes them so unique to you: £200 Amazon prize!
Hello. Winalot would love you tell them all about your dog’s personality, and what makes them unique to you, and you could win a £200 Amazon voucher for telling them. Winalot say “We believe dogs are our everyday heroes, whether it's making us laugh, keeping us fit or being our favourite companion; they are all heroes to…

Lh8609
Feb 21, 2021 11:22AM
The March BFP Thread - Let’s make some Christmas babies 🥰
As we near the end of the month i though I’d start this thread for all of us testing in March. I’m cd16 today due to ov late today or early tomorrow so will be testing the first week in March 🥰 good luck and baby dust to all x