Jadee123 Regular
Oct 31, 2019 8:42AM in Pregnancy
So on Sunday MorningI took a pregnancy test, I did the stupid mistake of leaving it on the side and not looking at it till later that day (4 hours later). In the morning it was just the C (negative) like showing. Now it is showing the image below. I've heard that evaporation lines are normally colourless. Another test has also done the same just not as clear (first responce). What should I do. Please note, on my last pregnancy (miscarriaged) home tests didn't show positive, even at 6 weeks. Only blood test worked then.

Also I haven't missed a period, my last one was early though and it was just a normal flow and that was 2 weeks ago. 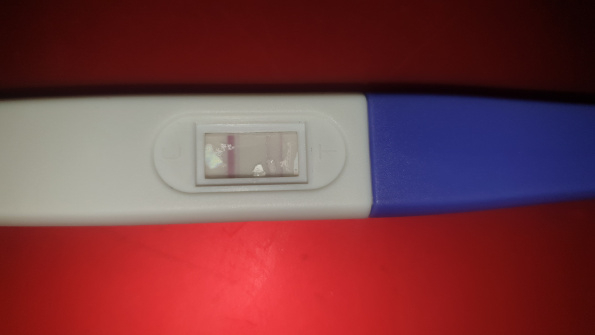