CouldItBe2021 Regular
Jul 14, 2021 5:17PM in Pregnancy
One would think that it would be easy to take a test, read the results in the given time frame as suggested on the box, and know for a certainty whether you are pregnant or not. However that is not the case for me, I took the test and followed the directions as I was supposed to and I have taken several subsequent tests after that (a few days a part each time) and I get the same result on all of them - A VERY FAINT LINE - I do have a doctor's appointment coming up to find out if I am or not but I thought I may ask you ladies what your thoughts are, is it an indention line or is it a positive test? I am attaching two pictures of the same test one is in regular color and the same test in black and white. Let me know your thoughts!

Note: I have been throwing up consistently for a few weeks I can't hold anything down and even smells make me throw up hence why I tried the pregnancy test in the first place, but I assumed if my body was responding in such an obvious way my HCG would be pretty high and I should be getting thick lines?? 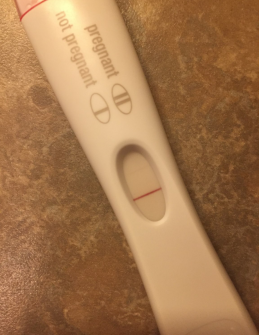 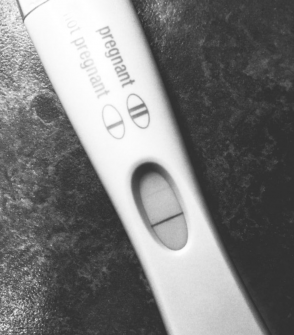