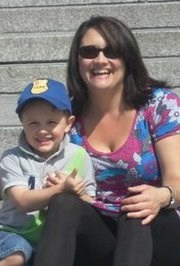 I am writing this on behalf of a work colleague who has two sons, one has just turned three (Alfie) and the other is just over a year old (Louis). She also has two step daughters who are much older.

Alfie used to sleep well but in the last six months he has started waking frequently during the night and coming into her room.  (She used to have a stair gate on the bedroom door so he could not get out but he then used to stand there shouting resulting in him waking up Louis the baby).

Two or three times every night he comes into her room wanting to get in her bed, she returns him to bed each time  but he now wakes up at 4.30 am and if she didnt get him up he would scream and wake up the house hold.

I have suggested to her perhaps to try one of the clocks that show LO's when it is time to get up and when it is still time to sleep but they cost £30 and before spending that kind of money - wondered if anyone else has one and if it works?  If not does anyone else have any recommendations for her that may work?

He doesnt nap in the day and goes to bed at 7pm, I have suggested maybe a slightly later bed time perhaps/

I know lots of children are very early risers but not sure that this is enough sleep for a healthy toddler.

Any advice or help for her would be gratefully appreciated, I am lucky (touch wood!!) with harry as he stays in his bed although he does like to get up early some mornings it goes with the territory!