This is the feedback thread for those of you who are testing the Little Tikes Lil' Ocean Explorers 3-in-1 Ocean Adventure Course for us as part of our latest MadeForMums product test.

You should all have received your 3-in-1 Ocean Adventure Course by now, and have had a chance to test it out – and take a picture of your child playing with it.

So, please can you now give us your feedback on this thread by answering the following 4 questions:

1. What did you think of the toy when you received it?

3. What do you and your child like most about the 3-in-1 Ocean Adventure Course?

4. Would you recommend it to a friend?

Thank you so much - and good luck! 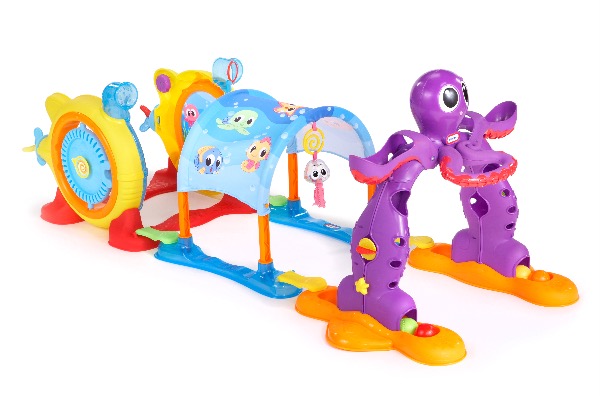 The Little Tikes Lil' Ocean Explorers 3-in-1 Ocean Adventure Course (6 to 36 months), pictured above, £79.99, has fun, sea-themed features designed to aid sitting, crawling and standing, as well as encourage sounds and phrases.