This is the feedback thread for those of you who are testing the Joie i-Anchor i-Size Combination Car Seat for us as part of our latest MadeForMums product test.

You should all have received your Joie i-Anchor i-Size Combination Car Seat and Joie i-AnchorFix Car Seat Base by now – if not, it's definitely on its way!

Please now fit the seat and its base in your car (do read and follow the fitting instructions carefully), give it a test drive with your child on board – and take some pictures for us.

Then we'd like you to give us your feedback on this thread by answering EACH of the following 4 questions, please:

1. What did you think of the car seat when you got it, and how did you get on with installing it in your car and adjusting the straps and headrest?

2. How comfortable do you think your child is in the car seat? Please post up your picture of your child in the seat.

3. What do you think of extended rearward-facing car seats in general? Would you have considered buying one before this product test? And after?

4. Would you recommend this car seat to a friend?

Everyone who leaves quality feedback on this thread (and is part of our product test) will be put into a draw to win a £50 Amazon voucher.

Thank you so much - and good luck!

The Joie i-Anchor i-Size Combination Car Seat pictured below, £175, is an extended rearward facing seat, meaning your child can travel for longer (up to 4 years old or 18kg) in the recommended rearward-facing position. It’s installed using the i-AnchorFix base (sold separately), has deep padded sides, multi-position headrest and harness and newborn support with removable layers to custom-fit each child. 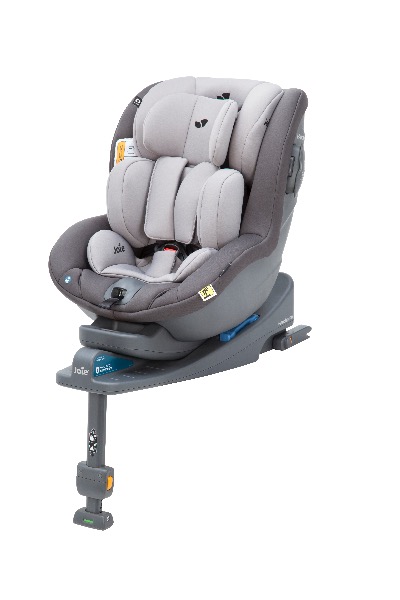