Linz86 Regular
Sep 4, 2021 7:38AM in Trying to conceive
I've been having crazy feelings or symptoms over the past week. Heavy bloated feeling in stomach to the point I can't really eat much of anything no appetite constant headaches, dizziness nausea abdo and lower back pain. So I did a clear blue test and a faint line has shown up did a cheap Morrissons one and clear negative waited till fmu 4am and did another clear blue and again a faint line appeared did a superdrug early response and as far as I can see there isn't a line I'm so confused. I haven't a clue where in my cycle I am as I am taking cerazette but had a few issues over the past 2 months sickness and stopping it etc. Do I trust the clear blue? 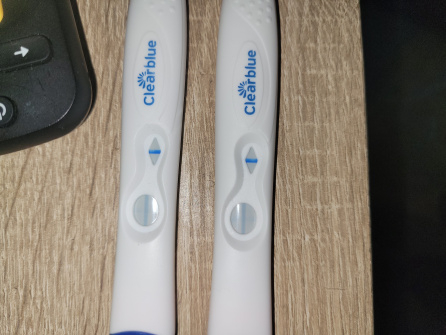