Temp staying high through AF and after 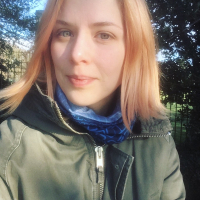 idath Regular
Oct 24, 2021 6:30PM in Trying to conceive
Hey, I have charted bbt in the past, but found it difficult with my lifestyle so stopped charting for a while. Then two months ago I purchased an Ava (you wear it to bed and it measures skin temp amongst other things, and you sync it with the app when you wake up in the morning - so it's skin temp not bbt, a lot lower than basal body but still showing a clear pattern.) I still use FF because I prefer that graph to the Ava graph, but I would feel silly sharing the chart because obviously my temps are super low compared to bbt...

But, anyway, to my question!

My temp never dropped when I got my last AF, it was still high throughout the day of AF and stayed high the week after. It has been dwindling downwards since then, but is still above the coverline of the last cycle... I am now on CD21 and no hint of a temp shift upwards, so no confirmed O - even though I had all the other signs of ovulation a week ago (somewhere between CD 10-16, like usual) - I'm concerned that I'm having an anovulatory cycle (or, what I'm actually concerned about, hitting early menopause!)