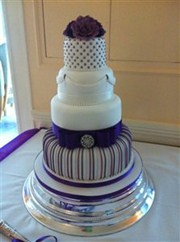 i was just wondering if any ladies here have had GD, and can you share your experiences please?

im high risk of GD and am consultant led and regularly see the diabetes nurses/midwives. at approx 7weeks i was provided my own monitor and test 3 x  day

at my appt yesterday they were concerned some of my readings are starting to show a bit higher. so next wednesday im seeing the diabetes consultant to be started on novorapid which i believe is fast acting insulin.