anyone been on or stopped micronor? 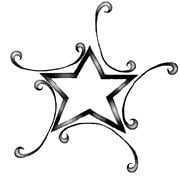 Jubilee77
Nov 13, 2014 3:30PM in My baby was born in August 2010
I stopped micronor 2/3 weeks ago after doc put me on them after bubba because microgynon was bad for my blood pressure.

Has anyone got pregnant without trouble after micronor?

while I was on micronor I generlaly forgot to take it properly so was never really protected but not having much BD time anyway.

I'm just getting really impatient awaiting AF to show up so I can start TTC and begin a cycle. last AF was while on micronor on 21st May and it lasted 2 weeks (including loads of spotting days) I usually have an average 25 day cycle which can range from 24 at the least to about 27 at most and i'm on 33 today and 34 tomorrow which is unheard of!

I am sure i'm not prgnant so i'm pissed off that AF isn't just doing her thing. I wouldn't mind so muhc if AF had been absent while taking teh damn pill but she wasn't...she was there every bloddy month!

if anyone see's this that has me added on facebook please don;t mention i'm TTC x