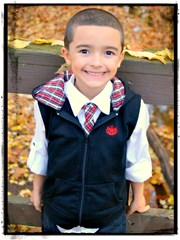 Blessedbeauty87
Mar 13, 2018 9:37AM in Long term TTC & infertility
I feel like I don't really have anyone else to talk to about this. I don't have any close friends or family who are going through anything like this, in fact I feel like I'm the only infertile person in my family! After having a horrible day today I got a text from my sister inlaw that included a pic of two positive pregnancy tests. I was so mad/jealous about it that I cried for over two hours. Its not that I'm not happy for her, I just feel extremely jealous because she has only been with her boyfriend for a few months, wheras I have been with my dh for 10 years (I am only 25) and we have been trying for 3 years after a devistating loss and have had NO luck. So back to my question, how should I deal with this? I feel like it is going to be very hard to be around her as she gets bigger, but at this point I am the only one who knows so I know she'll want to talk to me about it. This will be her 2nd pregnancy. I feel bad for feeling so jealous and getting so upset, but I guess I'm having my "it's not fair" and "why not me" moment.