Gifts for our baby 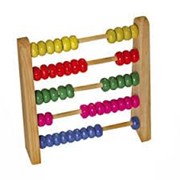 Hubby doesn't get on with his sister at all. And that is an enormous understatement. Without getting in to old stuff she's a bad person who has done terrible things to many people and he has every reason to want to never see her again. He is polite only to appease his mum, who he loves very much.

She sent him a text saying she was excited about the baby and a picture showing us the 'goodies' she's bought us. She didn't get him a birthday present last year, or us a wedding present so not really sure what that's all about.

There's some kind of nappy sanitisation thing for disposables (we haven't decided which nappy route we're going yet) and a baby food blender (which we had no plans to buy ourselves and have a handheld blender anyway).

I want to just give them away! She is the only person I have ever seen to cause my husband true anger or upset and I resent her for that. Even her text has wound him up.

Tell me how churlish I am being for wanting to bin her gifts? I'm being really childish aren't I?