in a bit of a pickle - need advice 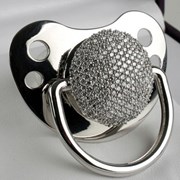 fiona86 Regular
Jun 17, 2009 5:55PM in Family finances
Morning ladies,
Need some advice or guidance as to what to do:

On sunday evening my OH received a txt from his boss saying to come in early monday morning for an important meeting which includes everyone. So in this meeting they were told that he has had to sell the business to another franchise about an hour away or he would have had to go bankrupt as no longer making any money and has to sell his house. But my OH and the other tech will be transferred to this unit an hour away so they havent lost their jobs BUT he has only given them until the end of this month to decide whether they want to keep it or find another job!!
Now the Pickle that were in is that we do not have our own vehicle and have been using the company van ever since he started in 2007. If he was to accept this transfer he will not be allowed to use the van anymore as none of their workers use theirs, it wouldnt be fair so basically he needs to find his own way there. This will be tricky as we do not have a car, we cannot afford a car and cannot afford to pay out for daily transport which you can imagine will cost a fortune going an hour away!! AND his money will go down slightly as he wont be on call as much as he was because there are more employers at this new place.
We are thinking that this transfer is out of the question now.
He will have to find another job but there is nothing around where we live so he will have to find work in the next town as at least public transport is easier.
It is a huge possibility that he will not find a job within the next few weeks so then he will be out of a job and we will have to start claiming benefits but they wont cover our credit cards and loans!
Not only that but if he changes jobs this close to the birth he will not be entitled to paternity leave and we were so looking forward to having those 2 weeks together which we missed out on with our daughter because that was a new job too so only got 1 week holiday.
We just dont know what to do, our tax credits have decreased too so its really tough atm!!

When applying for a new job will he be able to say it was constructive dismissal because he has almost been forced to leave as its just too far? I dont know where he stands really?

thanks for reading, sorry it was SO long