2nd miscarriage in 2012, hospital dragging the experience out 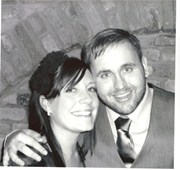 I'm currently experiencing my second miscarriage of 2012 and am feeling rather fed-up by the whole thing. Just wondered if anyone else has had a similar experience.

I suffered my first miscarriage in Jan this year. I was approx 6 weeks. I suddenly started bleeding really heavily with clots when I was at work on a Wedsnesday. I immediately phoned the GP and got an appointment for that evening. I saw the GP and he sent me to EPAU thinking it was a walk in, but they told me I had to be referred through A&E, so I went and sat in A&E for 3hours. I saw a lovely doctor who checked my cervix and told me it was still closed (some hope), she tried to refer me to the EPAU they said the earliest they could book me in for a scan was the following Monday. I had to go home and wait for 5 days before I could know anything further. At the scan I was told they couldn't find a pregnancy, but they were concerned it could be ectopic as they could see a shadow. So I was sent for a blood test, which was repeated 48hours later and then had another scan the following Monday, by which time they confirmed a complete miscarriage. Overall this experience lasted 10 days.

I'm not complaining about any of the treatment I recieved as everyone who dealt with me was very kind and supportive, just how long it took.

My second miscarriage is happening now, bizzarely it began on Wednesday. I was 6+3, this time it started very differently, with spotting and some light bleeding, I went straight to the GP who knew how the EPAU worked and phoned them directly to book me in for an early scan, again she checked my cervix and it was closed. But it turns out that still the earliest I could have the scan was the following the Monday, a 5 day wait again!! Over these 5 days the bleeding and cramping got worse and on Wednesday evening I passed a large clot whic I accpeted was me losing the baby. I went for the scan yesterday and they said they can't find the pregnancy, but didn't express any concerns. They sent me for blood tests telling me it is standard protocol. This morning they phoned and said they need another blood test from me tomorrow as it could be ectopic. All I want is to be told is you've had a miscarriage and it be done, I can't believe this experience is going on for a week again!

I know they won't look into either of these until I experience a third miscarriage, which fills me with dread as it is, but the idea of having to go through it over such a long period again makes it even more terrifying.