Is this a miscarriage? 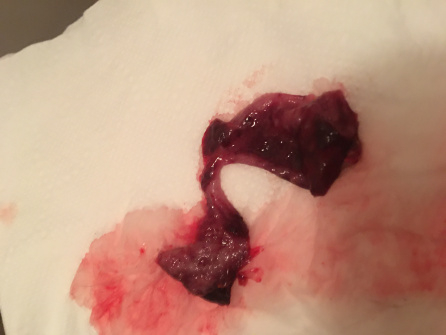 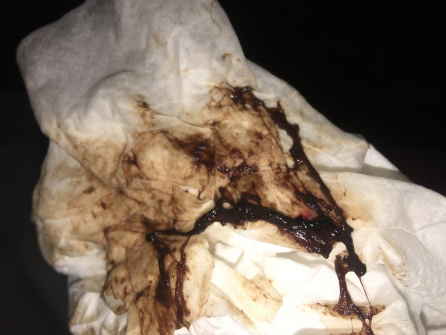 My period is a week and a half late, it has never been this late before except when I was pregnant with my first child. Due to my period being so late I took tests, all which came out negative. Well two to three mornings ago (5/28-5/29) I had some discharge that was dark brown/black with tiny amounts of light pink blood. When I say tiny, it was a few drops but with the discharge. Since then I’ve been cramping a little bit, and having a few drops of blood here and there. Well last night (5/30) I had a clot come out with some bleeding, which was more then before. The cramping has died down but I’m still hurting.
Had anyone experienced this as well? Is it a miscarriage? I’ve had one before but it didn’t have a lot of these symptoms so I’m over here freaking out.