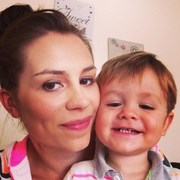 Hi, hoping someone can give me abit of advice. Myself & my sons dad split up when I was 32 weeks pregnant, he cheated on me. Since my sons been born he's provided nearly every week, missing a few. the past 5 weeks he hasn't provided maintenance for my son, next week he'll owe me £180 in maintenance but because I get certain benefits he think he shouldnt provide for his son As he has bills to pay. Iv asked for my money enough times and the response I get is I haven'it got it, or I've for bills to pay. Iv said if he can't provide for our son then I will stop contact, which he doesn't think is fair, but why should he have the privelidge to see him if he can't provide. Last Friday he went to a wedding & got drunk - fair enough. The Saturday was his day to see pure son but never bothered to get in touch & tell me he didn't want to see him, instead he went to his girlfriends moms house then to a BBQ with friends Instead of seeing our son, I rang and text for an explanation but still havent got one. he used to see our son on a Monday & Wednesday night, but never bothered to ask to see him or arrange times to pick him up. he doesn't seem interested in our son, the novelty seems to have worn off. I get income support, if I was to tell them my sons father isn't giving us money, would they give me extra or would I have to go CSA. My sons dad is a labourer and doesn't pay tax as it's cash in hanD. Have no idea what to do

KelB79
Oct 30, 2021 11:18AM
November testers 🤞🏼
I’m going to start this thread in an attempt at moving forward and being positive after my MC 💪🏼 I’m 5 weeks past the D&C now, my HCG levels are back to normal but no sign of OV yet - my LH levels were crazy high a couple of weeks ago but I hadn’t HCG tested then and I think it was probably that still. I have no idea where…