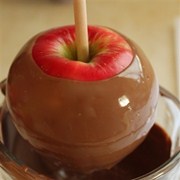 Is there anyone that's had a blighted ovum that could offer some advice??

i went for any early scan yesterday and I was 6 weeks pregnant. i cant work my dates out to be any less than that as much as I try.

i got an internal scan which showed a 7mm gestational sac but nothing else - no yolk sac, no embryo, nothing.

Since around about Friday I feel my symptoms have lessened - my boobs aren't as sore and my queasiness, hunger and bloating have all pretty much gone.

I got blood tests done for my hcg levels and I've to go back tomorrow to repeat them but I think its pretty hopeless.

i don't feel pregnant any more and have a gut feeling that I'm not.

Has anybody had similar experience and what was the outcome?

if youve had a blighted ovum when and how did you find out and what happened after?

im beside myself with worry.

so got my blood results back. The were 3085 and they are now 4979 which is over the 60% rise They class as 'acceptable'. This was with 46hrs between tests and only a 61% rise so I'm not overly excited at that!!!  I did read something though that said after 6 weeks levels can take up to 96 hours to double. No ideas off I'm clutching at straws here?!

anyway, I'm booked for another scan next Friday and I'll be 7+4. Not sure if this is too early but they said they wouldn't do another one too soon and that wld b fine. I wanted to give everything a chance to grow!!!

theyve said that at the v least they should see the gestational sac grow even if they don't see anything in it.

Fingers crossed and another looooong week for me!!!